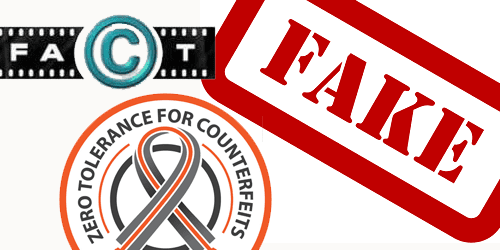 On the back of all the Facebook Selling pages popping up left right and center we are now seeing a massive increase in counterfeiting across the entire country. Facebook selling pages are overflowing with hooky (Counterfeit) gear from Handbags, coats, Alcohol, Medication (Very Worrying) to Games, DVDs, Electricals and Music CDs (MP3 discs been the main type).

Yes I know this as always happened, but now it’s happening on a massive scale due to the intrusive and addictive nature of Facebook and other Social Media sites their pages are never far from our eye.

We may have a shop but we aren’t well off at all and do struggle from week to week, like most small business’s.

A lot of the problem is the pricing of NEW Films, Games, Clothes etc in the first place. But the crimes been committed by counterfeiters aren’t affecting the BIG names that create these products half as much as it is affecting those in deprived area’s like ours and pretty much all of northern England.

It’s just got to a point now where the social web is saturated with counterfeit gear and I as a retailer yes but also as local person and UK citizen can see what harm this could cause, we will lose our high street / Local shops completely, and believe me when that happens and all we have are supermarkets and large online retailers the prices of everything will go through the roof and only then when it is in the big boys interest to do so will counterfeiting be wiped out.

Every counterfeit Item bought puts another nail in the coffin of the already half dead UK retail economy. I’m not on about the odd person who downloads a film to watch or song to listen to I’m on about the people out there making a career out of THEFT and a lot of THESE people are part of criminal organisations that put drugs in our schools and terrorists on our streets.

So no I’m not just pissed off because “I have a Shop” I’m pissed of how little people realise how damaging counterfeiting is to those areas that it is most prevalent in.

F.A.C.T The Federation Against Copyright Theft

EDIT: 25/06/2015 It’s nice to see something been done http://www.belfasttelegraph.co.uk/news/northern-ireland/crackdown-on-social-media-piracy-31327845.html