Combining intense squad-based combat with the freedom of total destruction, The Outfit takes players behind enemy lines, battling the Nazi War Machine through a variety of combat missions.

Choose from three playable squad leaders each with their own skills and abilities, as you lead a squad of battle-forged soldiers on missions ranging from reconnaissance and rescue to search and destroy. 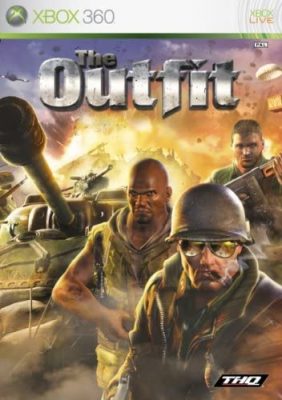 With interactive and fully destructible environments, you have the freedom to shoot, blow up or demolish anything in your path.

As you complete mission objectives, you’ll gain action points that can be used to order Destruction on Demand air-dropped into the action at any time.

With Destruction On Demand (D.O.D.) you can order in everything from tanks, jeeps, half-tracks and other combat vehicles to machinegun nests and anti-tank emplacements, or call in for squad reinforcements, air-strikes or artillery strikes.

Experience the cinematic intensity of WWII combat through 12 epic Single-player missions or go online for a variety of Multiplayer modes, including Co-Op and Versus.