Homefront is a first-person shooter that challenges players to survive and impact a fictional future scenario in which America has been economically devastated and occupied by a foreign power.

In the face of overwhelming oppression, you must choose whether to submit to military forces, take the fight to the enemy or even throw your lot in with the invaders.

Additional features include: a single player campaign written by Hollywood screenwriter John Milius, online multiplayer support for up to 32 players, ground and vehicular combat, and more.

In Homefront year is 2027, and the world as we know it is unravelling after fifteen years of economic meltdown and widespread global conflict over dwindling natural resources.

A once proud America has fallen, her infrastructure shattered and military in disarray.

To make matters worse, crippled by a devastating EMP strike, the USA is powerless to resist the ever expanding occupation of a savage, nuclear armed Greater Korean Republic.

Abandoned by her former allies, the United States is a bleak landscape of walled towns and abandoned suburbs.

This is a police state where high school stadiums have become detention centers, and shopping malls shelter armoured attack vehicles.

A once-free people are now prisoners… or collaborators… or revolutionaries. 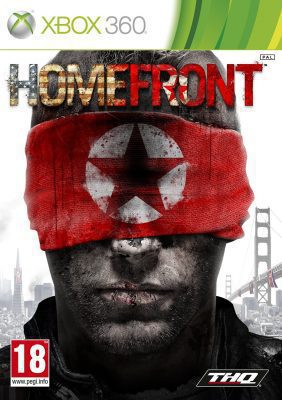 Stand alongside a cast of memorable characters as an emotional plot unfolds in this terrifyingly plausible near-future world.