Intel and teamwork are at the core of this innovative multiplayer experience:

The new suppression system adds a strategic layer to firefights.

In Ghost Recon Future Soldier XBOX 360 you are part of the Group for Specialized Tactics, a Special Mission Unit under the direct command of the Joint Special Operations Command, the elite of the modern US Special Forces is better known by their battlefield legend. They are the untraceable soldiers called the Ghosts.

Only the best of the best, soldiers with a unique mix of skills on and off the battlefield, ever get to wear the coveted Ghost insignia. Equipped with the most advanced combat technology, the Ghosts track down the highest-value targets in the highest-risk conflict areas around the world, fighting from the shadows in any climate or terrain.

In the near future, four of these elite soldiers serve as the tip of the spear in a hidden war raging across the globe. But even as Ghost Lead, Pepper, 30K, and Kozak accomplish their objectives, they discover the threat they face is greater than they ever imagined – one that could alter the international balance of power forever.

Elite Co-op: 4 Soldiers vs. an Army

Play through the 14 campaign missions with up to 3 friends. 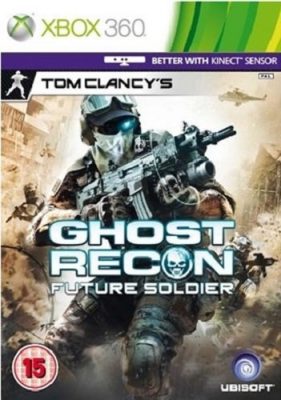 Intel and teamwork are at the core of this innovative multiplayer experience:

The new suppression system adds a strategic layer to firefights.

Select from 3 classes (Rifleman, Engineer and Scout) and unlock new gear to battle online across 10 maps.

Play cooperatively in a team of up to 4 soldiers and fight against waves of incoming enemies in Guerrilla Mode.

The Gunsmith customisation mode lets you choose from dozens of attachments and components with over 20 million unique combinations. Replace triggers, barrels, stocks, and much more to trick out your weapon and make it your own. Gunsmith is also compatible with Kinect for Xbox 360.