Award-winning crime drama directed by David O. Russell and starring Christian Bale and Bradley Cooper. Based on the Abscam sting operation of the late 1970s and early 1980s, the story follows FBI agent Richie DiMaso (Cooper) as he blackmails conman Irving Rosenfeld (Bale) and his lover Sydney Prosser (Amy Adams) into helping him with a case after a successful investigation into the pair’s own foreign banking scam.

Although DiMaso’s sights are initially set on New Jersey Mayor Carmine Polito (Jeremy Renner), the investigation is broadened to include influential members of Congress who are suspected of taking bribes.

The supporting cast includes Jennifer Lawrence as Irving’s unpredictable wife Rosalyn, Louis C.K. as DiMaso’s superior at the FBI and Robert De Niro as ex-mafia hitman Victor Telleggio who has now turned to the casino business as a means of making money. 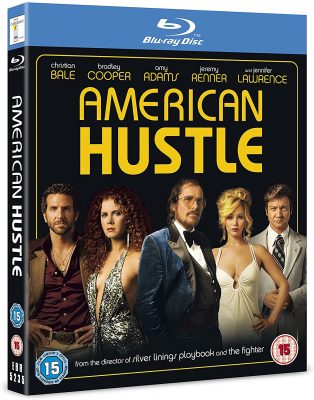