Wolfenstein 3D was the second major release by id Software, after the Commander Keen series of episodes.

The player traverses each of the game’s levels to find an elevator to the next level or kill a final boss, fighting Nazi soldiers, dogs, and other enemies with knives and a variety of guns.

Wolfenstein 3D was the second major release by id Software, after the Commander Keen series of episodes. In mid-1991, programmer John Carmack experimented with making a fast 3D game engine by restricting the gameplay and viewpoint to a single plane, producing Hovertank 3D and Catacomb 3-D as prototypes. After a design session prompted the company to shift from the family-friendly Keen to a more violent theme, programmer John Romero suggested remaking the 1981 stealth shooter Castle Wolfenstein as a fast-paced action game.

He and designer Tom Hall designed the game, built on Carmack’s engine, to be fast and violent, unlike other computer games on the market at the time. Wolfenstein 3D features artwork by Adrian Carmack and sound effects and music by Bobby Prince. The game was released through Apogee in two sets of three episodes under the shareware model, in which the first episode is released for free to drive interest in paying for the rest. An additional episode, Spear of Destiny, was released as a stand-alone retail title through FormGen.

Wolfenstein 3D was a critical and commercial success and widely considered to be one of the greatest video games ever made. Garnering numerous awards and selling over 200,000 copies by the end of 1993.

It has been termed the “grandfather of 3D shooters”, and is widely regarded as having helped popularize the first-person shooter genre and establishing the standard of fast-paced action and technical prowess for many subsequent games in the genre, as well as showcasing the viability of the shareware publishing model at the time.

FormGen developed an additional two episodes for the game, while Apogee released a pack of over 800 fan-created levels. Id Software never returned to the series, but did license the engine to numerous other titles before releasing the source code for free in 1995, and multiple other games in the Wolfenstein series have been developed by other companies since 2001. 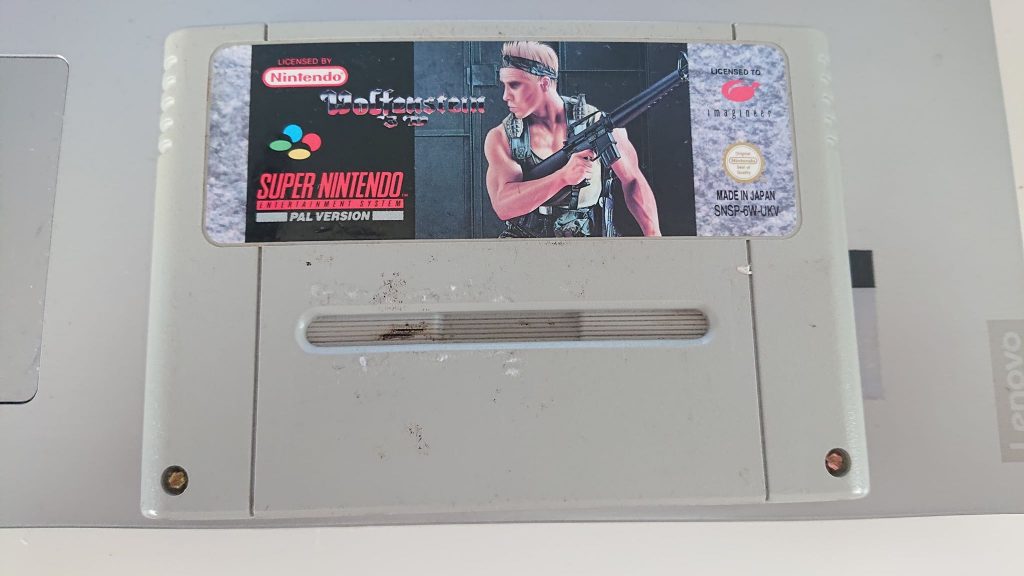 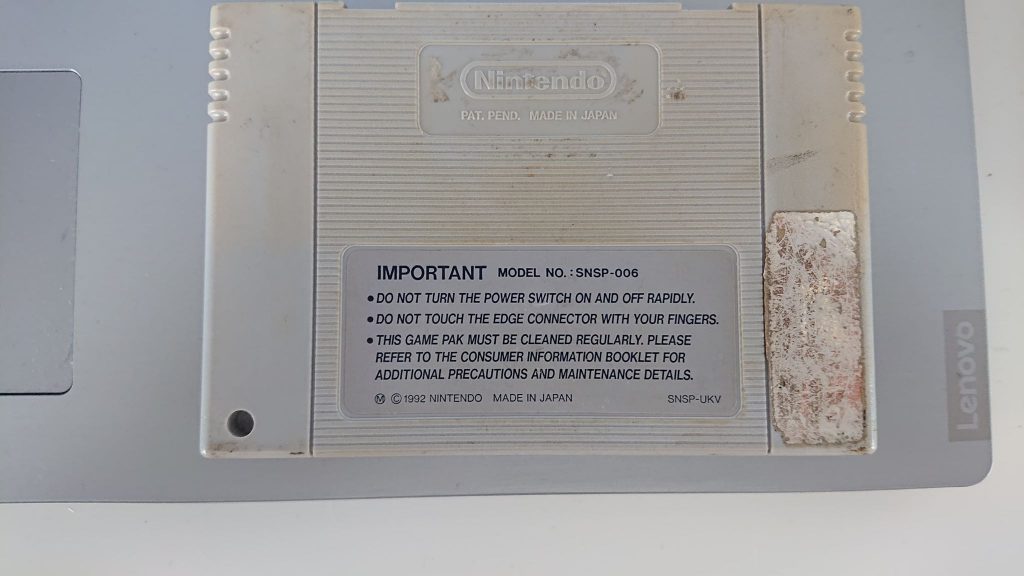 Wolfenstein 3D SNES (Cart Only) Back

Imagineer bought the rights for the game, and commissioned id to port the game to the Super Nintendo Entertainment System (SNES) for a US$100,000 advance.

The team was busy with the development of Doom, and ignored the project for seven or eight months, finally hiring Rebecca Heineman to do the work.

They made no progress on the port, however, and the id team members instead spent three weeks frantically learning how to make SNES games and creating the port by March 1993.

This version made use of binary space partitioning rather than raycasting in order to give it speed.

Nintendo insisted on censoring the game in accordance with their policies; this included first making all blood green and then finally removing it, removing Nazi imagery and German voice clips, and replacing enemy dogs with giant rats.

The port was released in Japan on February 10, 1994 under the name Wolfenstein 3D: The Claw of Eisenfaust before being released in North America and Europe later that year.

Using the source code of the SNES port, on a whim John Carmack later converted the game to run on the Atari Jaguar. Atari Corporation approved the conversion for publication and Carmack spent three weeks, assisted by Dave Taylor, improving the port’s graphics and quality to what he later claimed was four times more detail than the DOS version. He also removed the changes that Nintendo had insisted on.