Race Drivin’ was ported to a number of home systems in the mid-1990s, including the SNES, Amiga, Game Boy, Genesis and Saturn. In 2005 it was included in the Midway Arcade Treasures 3 collection for the PlayStation 2, GameCube, and Xbox. A 32X version of the game was planned, but was moved to the Sega Saturn.

Race Drivin’ is a driving arcade game that invites players to test drive several high-powered sports cars on stunt and speed courses. The game is the sequel to 1989’s Hard Drivin’ and was part of a new generation of games that featured 3D polygon environments. Unlike most racing games of its time, it attempted to model real world car physics in the simulation of the movement of the player’s car. Like Hard Drivin’, the game is unique among video games in that it includes a true force feedback steering wheel, an ignition key, a four-speed shifter, and three foot pedals: an accelerator, a brake, and a clutch (the clutch being a control seldom seen in any video game, then or now). Released in August 1990, approximately 1200 units were produced at the time of its release for roughly $9000 each.

Race Drivin’ was ported to a number of home systems in the mid-1990s, including the SNES, Amiga, Game Boy, Genesis and Saturn. In 2005 it was included in the Midway Arcade Treasures 3 collection for the PlayStation 2, GameCube, and Xbox. A 32X version of the game was planned, but was moved to the Saturn. 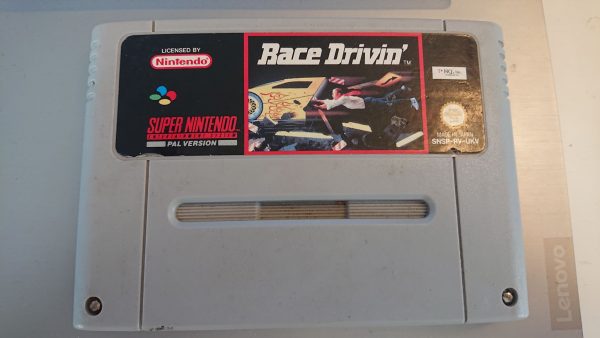 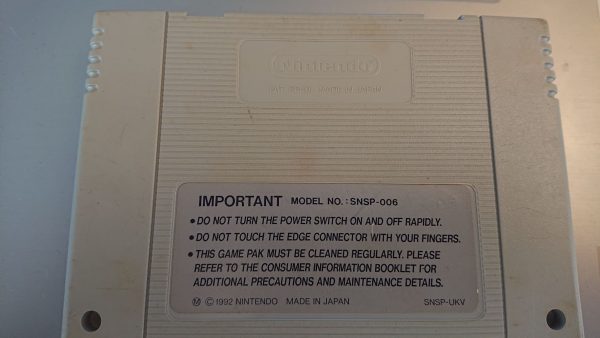 Race Drivin SNES (Cart Only) Back 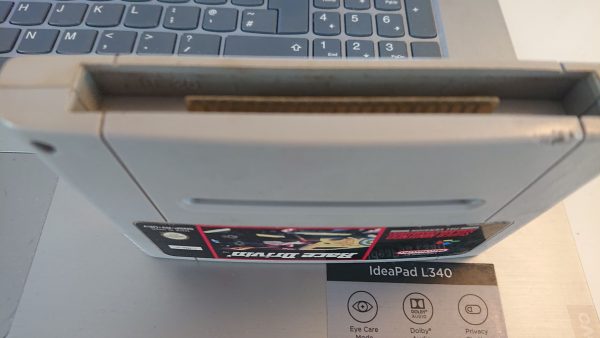 Race Drivin SNES (Cart Only) Back

The gameplay resembles a driving game, featuring 4 different cars (3 with manual transmissions (speedster, roadster, and original), and 1 automatic (original)) and 3 different tracks to choose from (the regular stunt track which is very similar to the one in Hard Drivin’, the Autocross track, and the Super Stunt track).

The screen shows a first person perspective from inside the car, through the windshield. The cars dashboard is visible and displays the cars instruments, like the speedometer, tachometer and fuel level, as well as a few other non-gameplay important ones, such as the oil, temp, and amp dummy lights. Each car has its own unique dashboard.

The game generally consists of racing 1 or 2 laps around the player’s chosen track within the allotted time. The gameplay and vehicle operation in Race Drivin’ are very similar to Hard Drivin’ and gameplay elements such as the Instant Replay and the off-road timer are still there.

A noticeable difference between the two games though is that although the car traffic in Race Drivin’s stunt track is still there like in the original Hard Drivin’ track, the two new tracks included in Race Drivin’ (Autocross and Super Stunt track) are absent of any additional car traffic.

By comparison, the Autocross track is very short requiring roughly only 30 seconds to complete and the Super Stunt track is considerably longer (taking roughly 3 minutes to complete).

Like its predecessor Hard Drivin’, the game features an ignition key, a realistic manual transmission mode (which includes a 4-speed shifter (with neutral), a clutch pedal, and the possibility of stalling the car should one mis-shift) and a force feedback steering wheel, in which the driver has to all properly operate as they would in a car in real life.

The cockpit version of the game also includes an adjustable bucket seat and, if it is a ‘Panorama’ version (of which only 100 were made), it sports 3 to 5 monitors for a full 180° peripheral view