Flashback, released as Flashback: The Quest for Identity in the United States, is a 1992 science fiction cinematic platform game developed by Delphine Software of France and published by U.S. Gold in the United States and Europe, and Sunsoft in Japan.

Flashback, released as Flashback: The Quest for Identity in the United States, is a 1992 science fiction cinematic platform game developed by Delphine Software of France and published by U.S. Gold in the United States and Europe, and Sunsoft in Japan.

The game was directed, written/designed and partially programmed by Paul Cuisset, who had previously created the adventure game Future Wars.

CD-ROM versions of Flashback for the Sega CD, 3DO, CD-i, MS-DOS, Apple Macintosh and the FM Towns were released during 1994 and 1995, together with a cartridge version for the Atari Jaguar in 1995. In 2017, the game was released worldwide on the Sega Dreamcast featuring graphic assets and cutscenes taken from the MS-DOS version and music from the Amiga version.

An updated port titled Flashback: Remastered Edition was released for Nintendo Switch on June 7, 2018, for PlayStation 4 on November 20, 2018 and for Windows on November 29, 2018. 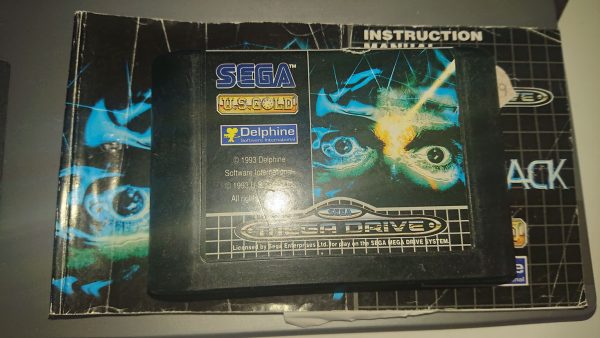 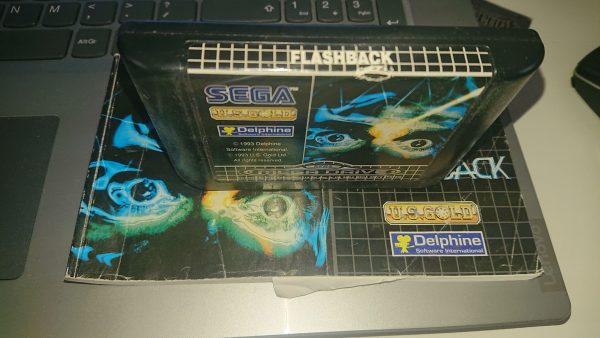 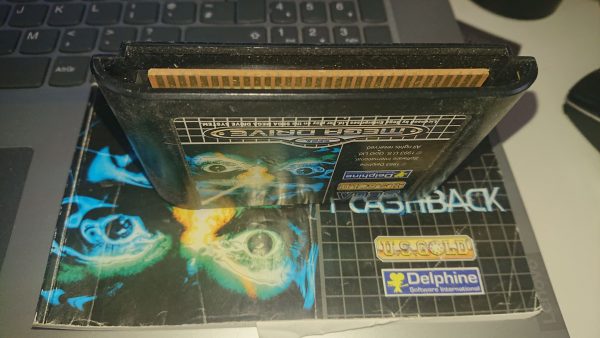 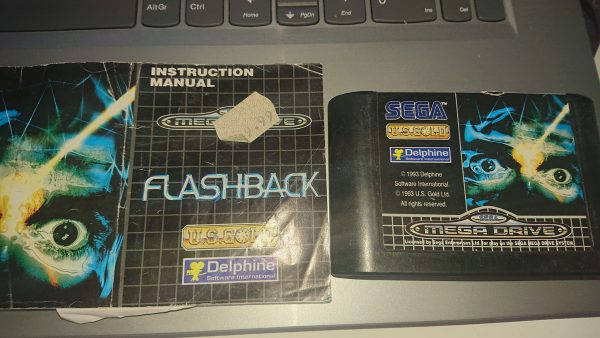 Originally advertised as a “CD-ROM game on a cartridge”, the game features fully hand-drawn backdrops and all animation is rotoscoped, giving movements an unusual fluidity, similar to that of the earlier Prince of Persia.

The capture technique of Flashback was invented independently of Prince of Persia and used a more complicated method of first tracing video images onto transparencies.

The game was a commercial and critical success and was listed in the Guinness World Records as the best-selling French game of all time. It was followed by a sequel titled Fade to Black in 1995. In 2013, a Flashback remake by VectorCell was released for the PC and consoles.

As a cinematic platformer, Flashback features gameplay similar to that of 1989’s Prince of Persia, and Delphine’s own Another World released in 1991. Each level spans a large number of non-scrolling screens, nearly all of which feature multiple levels of altitude – requiring the player character Conrad to jump, grab onto ledges, climb, use elevators, and drop onto lower levels.

Conrad exhibits realistic human running speed and jumping ability, as well as realistic weakness – he will die if he falls from too great a height.

Conrad also carries a pistol with unlimited ammunition; a force shield, which absorbs a certain number of shots before needing recharging, acting as Conrad’s health (how many attacks he can survive before dying); and a portable force field with unlimited use, which can act as a temporary barrier to block enemies’ shots.

As Conrad progresses through the game’s seven levels, he is increasingly presented with spatial puzzles, requiring the player to discover how to guide him toward his destination.

Late in the game, Conrad receives a teleportation device, and is able to progress by throwing the device and teleporting into otherwise unreachable areas.

A sequel titled Fade to Black was produced by Delphine Software International in 1995 for the PC and PlayStation as a 3D game.

In early 2013, a game titled Flashback Origins was rumoured to be in development, with the French website Gameblog stating that €300,000 of government funding had been granted to Cuisset’s VectorCell in 2011.

On April 11, 2013, a remake of Flashback was announced with a reveal trailer.