Piracy, smuggling, buried treasure (not to mention sword fighting, and pilfering)…what’s not to love about Captain Jack Sparrow?

With his cocky swagger and offbeat personality, Jack Sparrow is the ultimate video game character; and players can experience his adventures first hand in this exciting action game. 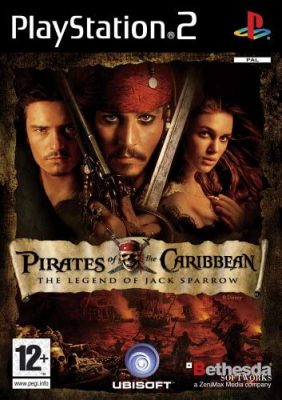 Gamers can slash and hack their way through a dozen locations, with fully interactive environments and varied gameplay. Action will take place in a variety of lush, immersive settings, including burning buildings, wrecked ships, and misty moonlit caves.

The gameplay experience is thoroughly engrossing, as one minute you are fighting hordes of your enemies, while the next you’re evading capture by the Royal Navy. You learn new moves and combos as the game progresses, allowing even more spectacular and deadly attacks during combat.