SingStar Queen Will Rock You!

The tracklist is packed with the classic songs that made Queen one of the world’s favourite bands – a group so popular that they sold more than 300 million albums and had a worldwide hit musical created in their honour, We Will Rock You. Bohemian Rhapsody and  We Are the Champions are there – as are Another One Bites the Dust and Don’t Stop Me Now.

Whichever track is your favourite, you’ll be lining up to grab the mic and step into the trainers of the legendary Freddie Mercury to raise your living room roof.

And – for those PS3 SingStars downloading tracks from SingStore, loads of SingStar Queen Tracks are available to download right now! 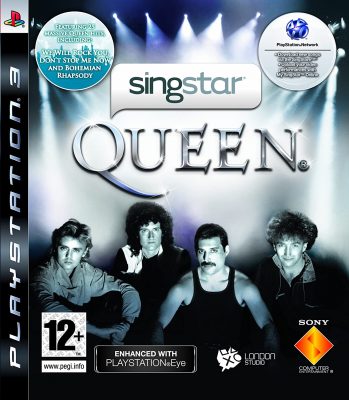 Get ready for SingStar to rock you on PS3 with the epic music of Queen.