Ezio Auditore di Firenze is yet another ancestor of modern day Desmond Miles – a nobleman out to avenge the death of his family in the guise of a shadowy assassin.

Like the last game you’re given total freedom to explore multiple cities, but with greatly improved parkour skills and the new ability to swim.

There’s also a lot more variety in the missions you undertake – the main complaint with the original game- so you’ll never feel you’re just doing the same tasks over and over again.

Combat has also been completely overhauled, with dozens of different weapons and a new health system.

With no less than Leonardo da Vinci acting as your very own Q style gadget master this stunning sequel improves on every element of the original. 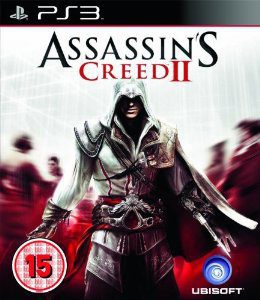