Rise Against the Empire Playset

The Rise Against the Empire Play Set is one of the three Star Wars play sets in Disney INFINITY: 3.0 Edition. It comes with the twins Luke Skywalker and Princess Leia Organa.

It is based on Episodes IV-VI of the Star Wars saga. It was released at launch as an exclusive to the PlayStation 4.

The play set is an adventure through the galaxy to stop Darth Vader and the Galactic Empire. It takes the player to three different planets (Tatooine, Hoth, and the Forest Moon of Endor), as well as The Death Star, Jabba’s Palace, and other places.

It features a finale scene on Hoth where players must defeat AT-AT’s in order to save the Rebel base on the planet. Included Figures: Luke Skywalker and Princess Leia 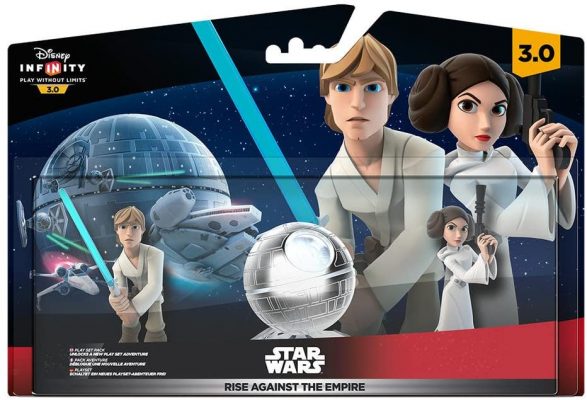 Rise Against the Empire Play Set

Rise Against the Empire Playset