The sinister Senyaka has murderous plans for ship captain Lee Forrester, and the only thing that stands between them is Cable! It’s a showdown in the wilderness- but can Cable and Lee make it out alive?

Senyaka is not dead and he is after anyone associated with his former god, Magneto. Current target: Lee Forrester. Cable intercepts the distress signal and the two fight off Senyaka as best as they can. Once the fight is over, though, Cable’s gadgets are worthless and the two must find their way through the Everglades.

Lee Forrester huddles in fear as a madman kills every one of her ship’s crew. Her S.O.S. to the X-Men seems to have been in vain and she makes a break for the door. A chord wraps around her neck and Lee is brought face-to-face with Senyaka. She shoots him with a flare gun and he hurls her into the Ponce de Leon Bay. Cable pulls her out and begins to question how she was able to send a message directly to the X-Men but is interrupted by the approach of Senyaka.

Senyaka explains that, while his body had been crushed by Magneto and he had been pronounced dead, he had enough of his essence left to absorb the energies of the doctor working on him in the hospital. It was enough to regenerate. Senyaka had then vowed to destroy everything about Magneto, including past lovers – hence the attack on Lee Forrester. Senyaka wraps a chord around Cable’s bionic arm and senses life. He attacks and incapacitates Cable’s arm. He moves in for the kill but gets blindsided by Lee clubbing him with a branch. She and Cable slink away to come up with a plan.

The two collapse and Lee laments her time with Magneto if it has led to this. Cable explains that the man she knew was different. The two find that they share a mysterious bond as they talk (likely due to the time Lee spent with Cable’s father, Cyclops). All the while, Cable tries to repair his arm while breaking up some sticks. Soon enough, Senyaka finds them and grabs Lee. Cable doesn’t appear to pose much of a threat, as Senyaka does not know that Cable is a mutant. Cable uses his telekinesis to hurl the broken sticks into Senyaka. Senyaka crumples to the earth and Cable and Lee begin their hike through the woods. 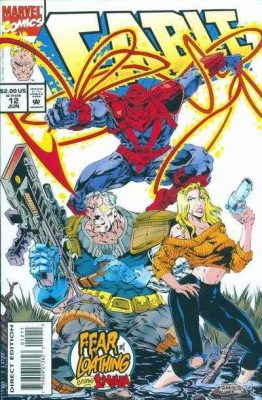