Time winds forward to present day West Africa, where an ethnic conflict between the fictional Ghuri and Turaaba clans is claiming lives (this conflict is very reminiscent of the Hutu and Tutsi wars in Rwanda).

Clark Kent, a freelance reporter in his twenties, arrives to cover the conflict, and to meet with the Ghuri representative and activist, Kobe Asuru. Although suspicious of the foreigner at first, Kobe and his family trust Clark after he helps them escape from a Turaaba ambush aimed at Kobe (using his body to shield them from the barrage of bullets).

While protecting Kobe’s sister Abana from a thrown bomb, he hears a commotion and speeds back to the rally where Kobe has already been stabbed. Enraged, Clark grabs the fleeing assassin and throws him into a wall, demanding to know who hired him. The terrified killer raises his arm — pointing directly at Rep. Kebile, who is incidentally surrounded by media. Kebile is besieged with questions and is later forced to resign. Clark holds Kobe in his arms and watches him die. 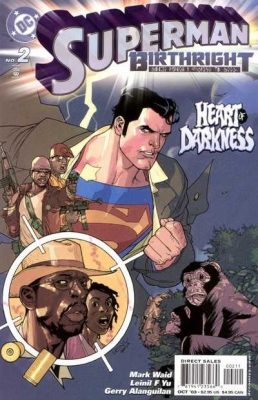