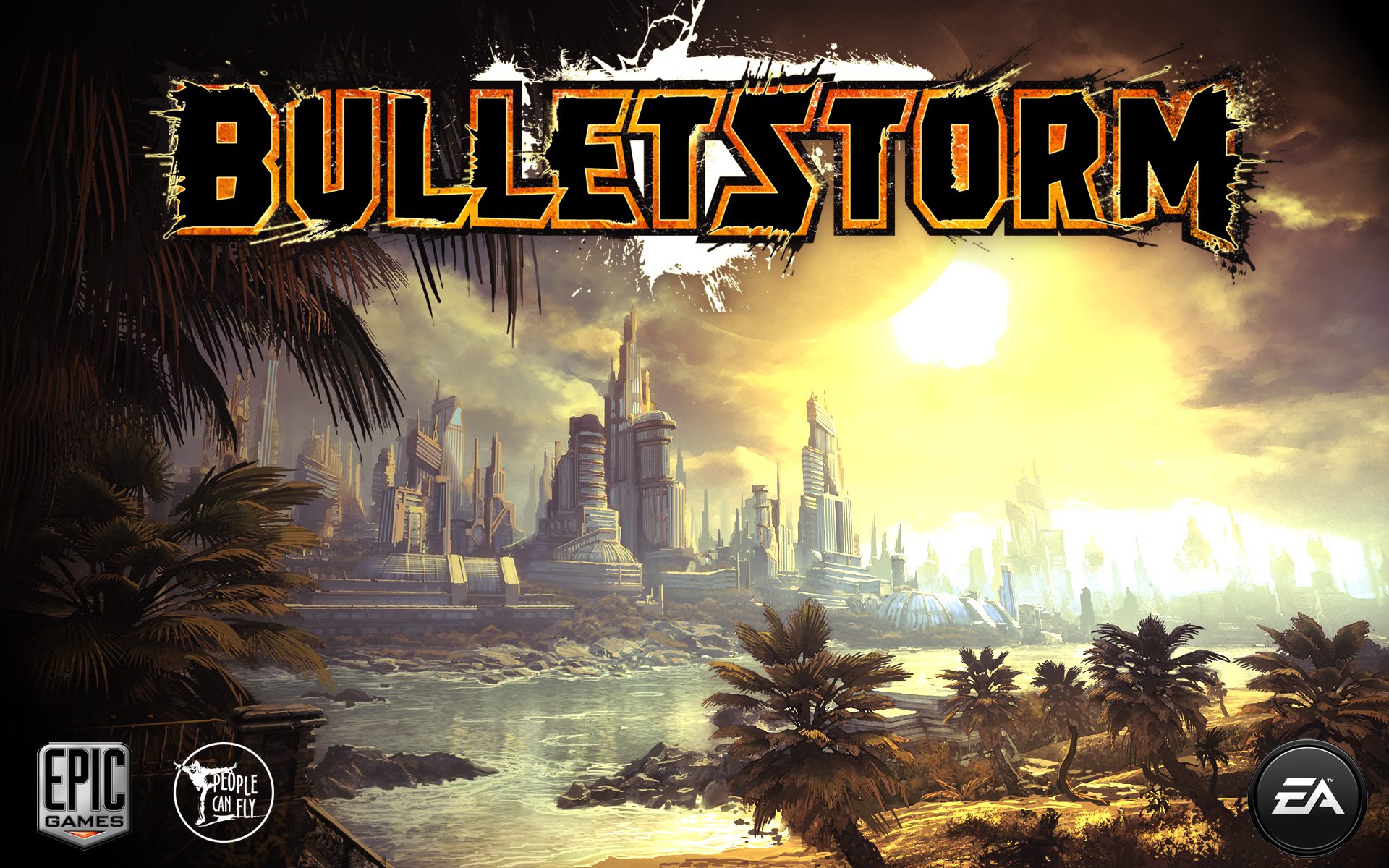 Earlier in the week i announced that I was going to be writing reviews for both the xbox 360, ipad and iphone.

So here is my first review, Bulletstorm on the xbox 360.

To make my reviews a little different I have played 2 hours of the Campaign and an hour of the Echoes section of the game.

Bulletstorm is a first person shooter Developed by EA  and uses the Unreal technology so once the game has loaded you are presented with a pass through of beautiful scenery and impressive graphics thanks to Unreal’s technology.

Campaign starts off with you and your team of elite solders on a space ship and have a wannabe bounty hunter tied up in a chair begging for forgiveness, this is a small tutorial section to get the player to look around, aim, shoot and other interactions that can be used within the game.

After the tutorial section is over the story goes back to five years earlier which gives a small bit of history between you and your team mates and then the story returns to the present.

You continue a few more tutorials which introduces options to kick items such as fuel tanks into the enemy and shooting the barrels causing a huge explosion i was beginning to enjoy this new style of first person shooter until shortly after i got my first achievement for getting the whip weapon i removed some rubble and i got stuck in the rocks (slight bug in the game) and had to restart my checkpoint. However, when i connected to XBL there was a 90mb patch so maybe this was one of the bugs that has been fixed??

After restarting my checkpoint i started to enjoy grabbing the enemies with the whip and kicking them back into walls followed by a bloody mess. When performing these moves you earn skillpoints and these can be spent in the dropkits around the levels to buy weapons, ammo and upgrades.

Echoes was the next section of the game i played and this is more of a replay of the levels within the game except you get rated on a points basis due to how you kill the enemy and earn the most points. You can see your friends scores and try to beat them. I didnt really see the point of this and wanted to go into multiplayer.

Multiplayer was not accessible for me as my copy was a rented and an EA title it meant that i would have to purchase a redeemable code (i find this very annoying).

So my overall opinion of this game so far…..

Would i buy it? I would BUT i would not to pay more than £25 for it, so if you see it on offer i would recommend this and im hoping the online feature will be good.